Find your next great book, connect with other readers, or explore the world of literature

Find your next great book, connect with other readers, or explore the world of literature 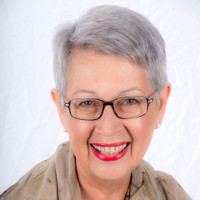 This is the home of Jenny Dowell OAM's monthly book review.

Jenny is an avid reader and vocal supporter of libraries. Her reviews are always thought provoking and well constructed. A link to reserve each book appears at the end of her review. You can receive Jenny's reviews and other exciting news every month in our library eNewsletter by subscribing HERE.

I am in two minds about reviewing this book. It is not without controversy but all those I know who’ve read it agree that it’s a riveting and important read that will stay with the reader long after the final page is turned.

We in Australia cannot imagine the risks that Mexicans and others from South American countries will take to get into the United States and a better life. The dangers of riding on the roof of freight trains, trekking at night through mountains and deserts and relying on mercenaries to aid in those escapes are unimaginable to most of us.

Book shop owner Lydia and her eight year old son Luca have hidden as a powerful crime gang has murdered their journalist husband/father and 15 other family members at their home in Acapulco as they celebrate a birthday. The two are at risk of the same fate so they run hundreds of dangerous kilometres to the USA as ‘undocumented migrants’ hiding from authorities, the gang and vigilantes.

Along the way, they meet others who may be spies for those trying to find them. There are also many others who, like them are escaping for a better life. We meet teenage sisters Rebeca and Soledad and many others young and old with their own harrowing stories. But who do they trust?

American Dirt is a story of the love between a mother and son. It is also a story of the risks desperate people take and the prices they are willing to pay—and of those who make money from that desperation.

The novel sprang to prominence having been chosen for the Oprah Winfrey Book Club but controversy soon emerged because the author is a white woman. Many Mexican-American writers question Jeanine Cummins right to write this story and criticise what they see as stereotyping of Mexicans. A book tour scheduled in January last year was curtailed for fear of violence. The #OurVoices call has been as strong as we see here in Australia when white authors write a story about Aboriginal people or, for example, when a cisgender author writes about the trans experience. The question ‘Who has the right to tell this story?’ is a topic for discussion at many recent writers’ events and festivals but voice appropriation is nothing new.

I encourage you to read it and make up your own mind about this book. Reflect on the fact that authors have been writing from perspectives other than their own since stories began. In a more recent edition, Jeanine Cummins discloses her family’s links to South America in an attempt to justify her credentials to write this book. Some will continue to object to this book, but I am grateful that it has been written—and read—and talked about.

OUR LOCATIONS & OUR BUSINESS

The library gratefully acknowledges the support and services made possible by our sponsors. Contact us to become a sponsor today